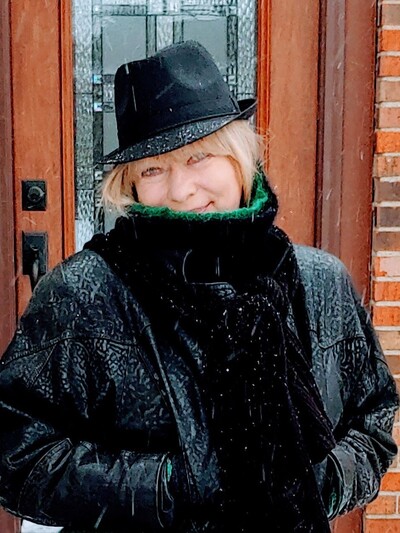 Ludmila Isurin is Professor in the Department of Slavic and East European Languages and Cultures. An interdisciplinary scholar whose research encompasses psycho- and sociolinguistics, social sciences and humanities, she is a co-editor of three volumes and the author of three monographs, including the American Psychological Association Global Psychology Book Award nominee “Collective Remembering: Memory in the World and in the Mind” (2017).” She has authored numerous chapters and journal articles, including an award-winning article in Language Learning (2015).

Her most recent monograph “Reenacting the Enemy: Collective Memory Construction in Russian and U.S. Media” is the continuation of her interest in how official producers construct the memory of on-going political events and how the individual minds, both in Russia and the United States, consume this often biased and distorted information.

Currently she is working on a new monograph project tentatively titled “Memory of Defeat in the Shaping of Collective Future Thought.” The project is funded through the James S. McDonnel Scientific Foundation (Washington University, St. Louis).

In the graduate program of the department, she directs the Second Language Acquisition track and she continues contributing her scholarship to this field.

Affiliated Member of the OSU Center for Cognitive and Brain Sciences.

Affiliated Faculty of the OSU Crane Center for Early Childhood Research and Policy.

Affiliated Faculty of the Mershon Center for International Security Studies.

Fellow of the Psychonomic Society.

Member of SARMAC (Society for Applied Research in Memory and Cognition).

Member of the Editorial Advisory Board for Bilingual Processing and Acquisition. Amsterdam: John Benjamins Publishing. 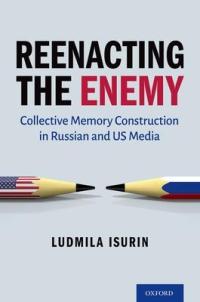 This book examines how Russian and American media narratives inform the ways individuals in both countries consume and construct collective memories of one another in an age of media distrust. Using research on collective memory, media, and the individual mind, this book applies an interdisciplinary sociocognitive framework to study seven 21st century political events involving Russia. With each event, this book analyzes how ideological bias, distortion, and schemata in both Russian and American media outlets work to reestablish a Cold War-like narrative-and by extension, reignite perceived enmities in the individual minds and collective memories of both nations. The book examines this old phenomenon at the interface of conscious media distrust among individuals who subconsciously embrace these constructs, forming memories along the ideological lines promoted by the same institutions they question.

By bringing together content analyses of media texts and empirical data, Reenacting the Enemy serves as an interdisciplinary study of psychological mechanisms behind Russian and US media to uncover both old and new patterns of collective and individual memory constructs in the two societies.

Collective Remembering: Memory in the World and in the Mind, by Ludmila Isurin (Cambridge University Press, 2017)

This interdisciplinary study explores collective memory as it is presented by official producers (such as textbooks and media) and reflected by consumers (group members). Focusing on a case study of Russians and Russian immigrants to the USA and their memories of seminal events in the twentieth-century Russian collective past, Isurin shows how autobiographical memory contributes to the formation of collective memory, and also examines how the memory of the shared past is reconstructed by those who stayed with the group and those who left. By bringing together historical, anthropological, and psychological approaches, Collective Remembering provides a new theoretical framework for memory studies that incorporates both content analysis of texts and empirical data from human participants, thus demonstrating that methodologies from the humanities and the social sciences can complement each other to create a better understanding of how memory works in the world and in the mind. 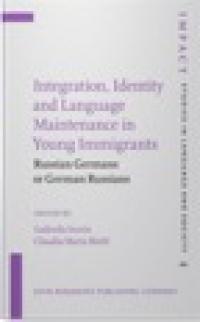 The volume presents a selection of contributions related to integration, adaptation, language attitudes and language change among young Russian-speaking immigrants in Germany. At the turn of the century, Germany, which defined itself as a mono-ethnic and mono-racial society, has become a country integrating various immigrant groups. Among those, there are three different types of Russian immigrants: Russian Germans, Russian Jews and ethnic Russians, all three often perceived as “Russians” by the host country. The three groups have the same linguistic background, but a different ethnicity, known as “nationality”, a separate entry in Russian official documents. This defined the immigration paths and the subsequent integration into German society, where each group strives to position itself in relation to two other groups in the same migrant space. The book discusses the complexities of belonging and (self-/other) assignment to groups as well as the attitude to language maintenance among young Russian-speaking immigrants. 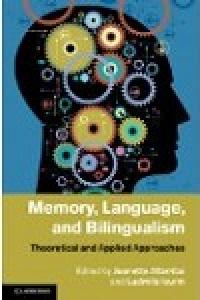 The relationship between memory and language and the topic of bilingualism are important areas of research in both psychology and linguistics and are grounded in cognitive and linguistic paradigms, theories and experimentation. This volume provides an integrated theoretical/real-world approach to second language learning, use and processing from a cognitive perspective.This is a strong yet balanced combination of theoretical/overview contributions and accounts of novel, original, empirical studies which will educate readers on the relationship between theory, cognitive experimentation and data and their role in understanding language learning and practice. 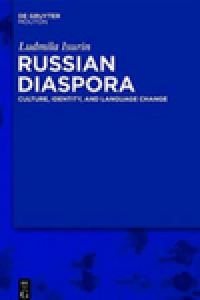 The book presents a broad interdisciplinary perspective on the contemporary Russian immigration to three countries: the United States, Germany, and Israel. The changes and transformations in three domains, i.e., cultural perception, self-identification, and attitudes to first language maintenance, are explored through the Acculturation Framework that allows bringing together these essential aspects of immigration. A separate look at Jewish and Russian ethnic groups within the so-called ""Russian"" immigration as well as its interdisciplinary nature sets this book apart from other studies on recent immigration from the former USSR. 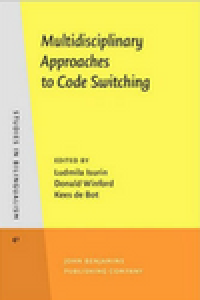