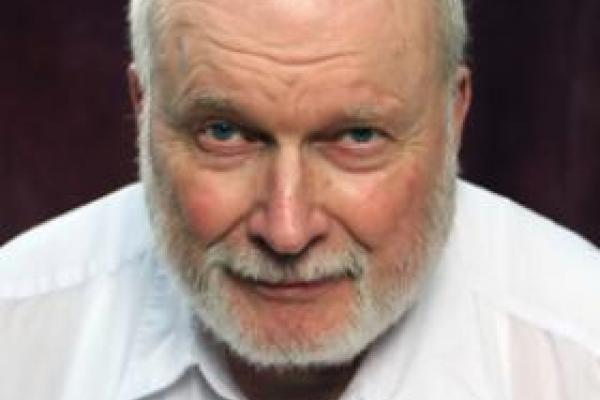 It is with deep sadness that we announce the passing of our colleague and friend Charles Edward Gribble, Professor Emeritus of Slavic and East European Languages and Literatures, on June 3, 2016 after a long illness.  Charles (Chuck) had a distinguished career of teaching, research, and service in the field, which spanned nearly 60 years, 35 of which he spent at The Ohio State University. He is survived by his wife, Lyubomira Parpulova Gribble, and his daughter, Elizabeth Gribble.

Professor Gribble held a Bachelor of Arts degree from the University of Michigan, and a Master of Arts and Ph.D. from Harvard University.  He taught at Brandeis University and Indiana University before coming to The Ohio State University in 1975.  Professor Gribble was promoted to the rank of full professor in 1989 and taught in the Department of Slavic and East European Languages and Literatures for 35 years.  His teaching and scholarship interests focused on Slavic linguistics and philology, with expertise not only in Russian but also in Old Church Slavonic, Serbo-Croatian, Bulgarian, Czech, Polish, and Lithuanian.

Professor Gribble directed eight doctoral dissertations and nine M.A. theses and served on innumerable graduate committees.  In addition, Charles served as Chair of the department from 1990 to 1996, and later as Graduate Studies Chair from 2001 to 2008.  He was also a longtime member of the Advisory Council of the Resource Center for Medieval Slavic Studies.  In recognition of his dedicated teaching, scholarship, and service, the University honored him with the Harlan Hatcher Arts and Sciences Distinguished Faculty Award in 2007.

Professor Gribble published his first book, Readings in the History of the Russian language, 11th to 15th Centuries (1964) while still a graduate student.  This was followed by Medieval Slavic Texts (1973; reprinted 2016); A Short Dictionary of 18th-Century Russian (1976); Russian Root List with a Sketch of Word Formation (1981; revised second edition 1983); Workbook to the Russian Root List (with Gary Browning, 1985); Reading Bulgarian through Russian (1987; revised second edition 2013); and, as his crowning achievement, The Forms of Russian (2014).  In addition, he was the editor of Studies Presented to Professor Roman Jakobson by his Students (1968), Alexander Lipson: In Memoriam (1994), and Monastic Traditions: Selected Proceedings of the Fourth International Hilandar Conference (with Predrag Matejić, 2003).  He also published some 30 articles, 19 book reviews, and 14 co-authored volumes of curricular materials for the Individualized Instruction program at The Ohio State University.  In recognition of his impact in scholarship, Charles was presented with a festschrift on the occasion of his seventieth birthday—Studia Caroliensia: Papers in Linguistics and Folklore in Honor of Charles E. Gribble (edited by Robert A. Rothstein, Ernest Scatton, and Charles E. Townsend, 2006).

Charles also left a profound and enduring mark on the field of Slavic Studies through his leadership of Slavica Publishers, which he founded in 1966. During his thirty-year editorship (1966–1997), Slavica grew to become the largest venue for Slavistic publications in the Western Hemisphere.  As the publisher, Charles personally edited some 250 books and over 60 issues of scholarly journals.  Charles worked with special devotion to promote the field of Bulgarian Studies in North America through his publications, editorial work, teaching, and service to the profession.  In 2006, he was presented with the Marin Drinov Medal, the highest honor given by the Bulgarian Academy of Sciences, which is considered the equivalent of an honorary degree.

In the course of his long career, Charles touched innumerable lives with his kindness, compassion, generosity, and humor.  He loved teaching and was a selfless mentor and advisor to his students, who never found him too busy to help, and who never left his office without a kind word and a handful of chocolate.  When his physical sufferings forced him to retire, above all else he missed his interactions with students.   He was an inestimable blessing to our program and to our field, and he will be sorely missed.