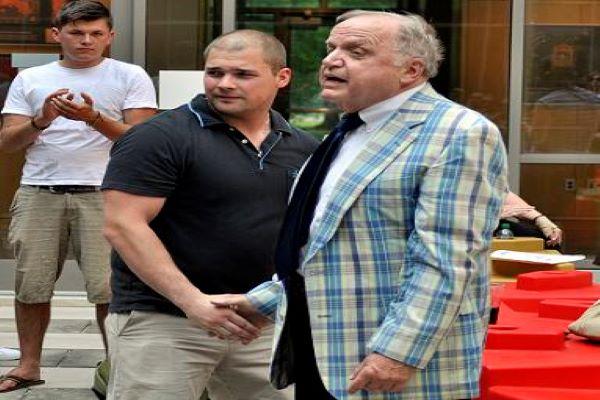 It is with great sorrow the we announce the passing of Emeritus Professor Dr. George Kalbouss.

Dr. Kalbouss taught in the Department of Slavic and East European Languages and Literatures (now Department of Slavic and East European Languages and Cultures [SEELC]) from 1973 to 2001 and his contributions are far too many to enumerate here. An outstanding educator with a commitment to supporting Slavic studies in the state of Ohio, in 1967 Dr. Kalbouss created an Introduction to Russian Culture course which was the first of its kind. Having written and published the Russian culture textbook, he taught over 15,000 students through this course during his academic career at Ohio State University. Before his time at SEELC, Dr. Kalbouss had been an assistant professor of Russian at Dartmouth College from 1967-73, and an Instructor of Russian at Purdue University from 1966-67. Dr. Kalbouss received his Ph.D. in Slavic Languages from New York University in 1968, and his M.A. and B.A. degrees from Columbia University. Beginning in 1961, Dr. Kalbouss served in the United States Army Reserves’ Military Intelligence branch, retiring as Lieutenant Colonel in 1999.

Throughout his career and since retirement, Dr. Kalbouss has also been an active supporter of the humanities and all things Slavic in Ohio. In 1992, he endowed the Russian Culture Fund at Ohio State, which is supporting the Innovative Approaches to Slavic Cultural Studies Lecture Series, and from 1997-2007 worked with the Ohio Governor's Cultural Office under the administrations of Governors Voinovich and Taft. Dr. Kalbouss also initiated the endowed Francis M. Buzek Award in memory of one of his favorite students during his tenure in the Slavic Department at Ohio State. Dr. Kalbouss’s other commitments and contributions include positions on the boards of the Ohio Humanities Council, the Cleveland Ukrainian Museum-Archives as an adviser, and the OSU Arts and Sciences Alumni Society.